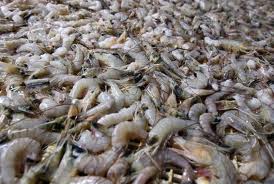 May 5 is shrimp fishing in Hood Canal

The Washington State Department of Fish and Wildlife announced today sports fishing for spot shrimp will opens May 5 in Hood Canal and other parts of Puget Sound.

Shrimping should be similar to last year, although according to Mark O’Toole, a shellfish biologist, there is one change this season made to avoid an extreme minus tide. “With such an extreme low tide on May 9, it only made sense to shift the second day of fishing to Friday,” O’Toole said in a news release. “We don’t want to leave shrimpers stranded 100 feet from the boat ramp on a low afternoon tide.”

O’Toole expects a strong turnout by shrimp fishers, especially on the Hood Canal opening day. “Because this is such a popular fishery, boat ramps can get pretty crowded,” he said. “As always, we ask that people be patient at the ramps and wait their turn.”

A valid 2012-13 fishing license is required to participate in the Hood Canal fishery as well as all areas of Puget Sound and fishers are limited to 80 spot shrimp per day.

Unlike previous years, the shrimp fishery will not reopen on the Wednesday after the May 5 opener. Instead, the fishery will reopen in most areas on May 11.

For a description of the marine areas and fishing rules, including regulations, go to WDFW’s Recreational Shrimp Fishing website.

The ever-popular 2012 Olympic Peninsula Salmon Derby, sponsored by the Gardiner Salmon Derby Association, will attract from 800 to 1,000 anglers this President’s Day weekend.

Luckily, there is a lot of room to fish for the out-of-towners and all the area anglers. Like last year, the derby includes 500 square miles of fishing and five weigh stations. And besides the fun of fishing, this giant derby also has a grand prize of $10,000 for the biggest fish.

Brian Menkal of Brian’s Sporting Goods and More (360-683-1950) in Sequim said this weekend’s derby could very well attract 1,000 anglers. “The derby gets a lot of people,” Menkal said. “Especially a lot of local people. It is a huge area for the derby.

“Last year they added the Port Angeles and Freshwater Bay area to the derby and they picked up a huge amount of people. “People in Port Angeles could fish at their favorite spots.

According to Rich Childers of the Washington Department of Fish and Wildlife, 2011 appears to be a record year for the amount of crabs harvested by recreational crabbers in Puget Sound. An estimated 2.1 million pounds of crabs were taken in the summer season from July 1 to Labor Day, with additional harvest coming during the fall and winter.

Lots of people enjoyed a high rate of catch this year, Childers said. “We are seeing an abundance of crab, phenomenally high in some of the Puget Sound marine areas,” he said. “We’re seeing the same thing with shrimp. Something in the environment is favoring the survival of Dungeness crabs from larvae to adult.”

Crab season will close in all areas on Dec. 31, and anyone with a winter catch record card must report their catch by Feb. 1 — even if no crab were caught.

At the Big Bend on Hood Canal near Shelton, snaggle-nosed chum salmon take over the fishing spotlight about this time each year.  Between the Coho and winter steelhead runs, I can report the Chum have arrived right on time.

State Fish and Wildlife Department checked at the Hoodsport Hatchery on Hood Canal one day last week and counted 23 beach fishermen with 76 chums.  That’s hard-to-beat salmon fishing, particularly considering you don’t need a boat. These fish are in good shape and plentiful but they won’t stay that way very long.

The tribal beach fishery started on the Olympic Peninsula Nov. 14, according to a state spokesman at the hatchery, running Monday, Wednesday and Friday at least through the end of the month. Sport fishing is concentrated along the hatchery stream channel, using steelhead-type gear, and since it’s necessary to keep firm control of hooked fish, thicker line is better than light. Fly fishermen score as well, working surrounding water.

This area of Hood Canal also has a handicapped fishing platform for wheelchair-bound anglers, best at high tide. Call the hatchery’s recorded fishing line for current conditions, at 360-877-5222.